A Checklist for Monetizing Your
Email Marketing List the Right Way

We talk with a lot of list owners who are interested in monetizing their email marketing lists but aren’t sure how. They understand their email list is a valuable asset, but they don’t know how to unlock that revenue stream without damaging the value of the list.

A lot of these publishers have very sophisticated retention email programs with great content and engaged subscribers. They just don’t know how to get started with email ads or they’ve had a bad experience in the past that generated a lot of complaints and deliverability headaches.

We walk them through the process of what goes into monetizing an email list the right way: things like why it’s important to respect subscribers and why you shouldn’t sell your list.

Since we discuss this often, we thought it would be helpful to share more information on the blog. I put together this handy checklist that explains what you should know before you monetize your email list.

How do I know if my email list is ready to be monetized?

Know the answers to these questions before you even start the process of generating revenue through stand-alone email ads:

If you answered ‘yes’ to all of these questions, you’re ready to go. If not and you’d still like to monetize your list, make sure you know your strategy for getting all of these answers to ‘yes’ before you move forward.

How should emails ads be sent?

When you’re ready to plan your strategy, make sure that you can answer ‘yes’ to the following questions:

Takeaway: Stand-alone email ads can be a strong revenue stream for your business—one that also brings relevant and welcome content to your subscribers. However, there must be an underlying plan to maintain respect for your subscribers. 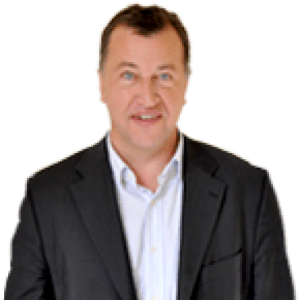 CEO & Co-Founder ividence Eric Didier is a successful serial entrepreneur with a broad background in enterprise software sales management, complex software development and product management for web technologies. In 2008, he co-founded ividence, a stand-alone email ad exchange that disrupts the traditional acquisition email market. The company’s platform matches email offers to records based on campaign performance, bid, and end-user behavior, which results in fewer emails sent with a higher ROI for all. In December 2011, ividence won a Red Herring Global Top 100 Award. Prior to ividence, Eric was the founder and CEO of Soamai in 2000, a metadata applications company which was acquired by Allen Systems Group in April 2004. He continued at ASG on the Executive Management team as the Worldwide Vice President of Sales, Product Management and Solution Marketing. As interim COO, he then helped two French companies in establishing their worldwide presence (Sunopsis, Viadeo).