Google recently began letting worldwide members of its social network broadcast live ‘Hangouts’ sessions for anyone to watch – just like some performing artists and politicians have already been able to do.

The new ‘Hangouts on Air’ feature was introduced in September 2011 at Google+, with certain high-profile individuals testing out the service that lets as many as ten people simultaneously take part in roundtable-style video chats, with the option to live stream and record the session.

The public roll-out of ‘on Air’ has opened everyday real-time Hangouts to any number of viewers, automatically publishing these streams to the hosting user’s YouTube account for anyone who may have missed it (which is private by default, but can be made available to the public) allowing him or her to monitor the number of views.

In addition to YouTube, recorded Hangouts can be posted to one’s Google+ social profile or one’s website by checking ‘Enable Hangouts on Air’.

Some companies have already started experimenting with the platform to see if it will be suitable for staff, webinars, conference calls and for communication across global business networks.

Says Barbara Ulmi, Marketing Director at GraphicMail: “It’s really handy for our business that you can filter friends into different circles in Google+. So far we’ve been creating circles for different departments in our international team as well as for franchisees, which has helped us organize and channel the right information to the right people. We’ve really taken to Hangouts’ screen share ability, which will be especially useful for doing business-to-business conference calls. We also like the fact that you can add phone numbers, especially for branches of the company that do not have the liberty to use Google products, such as our representatives in China.”

The official news was first broken to a South African audience by Brett St. Claire, Google’s Head of New Products for Sub-Saharan Africa, as climax to his talk about how social media is challenging online promotions at the 2012 CTICC Marketing Indaba.

Members of the GraphicMail marketing and design team were present for the talk, prior to running their own workshop on integrating email with mobile and social media channels.

One of the advantages of Google+ as group-chat destination is that most people already have a Gmail address, or are at least familiar with the service, which means it’s not as intimidating as needing to use one of the many other voice calling tools out there on the web that may not be comparatively as well-known or trusted.

‘On Air’ Hangouts give users a real sense of immediacy and intimacy with their audience and live interaction is great for engagement.

The only downside to a live stream is in its unpredictability; the real-time aspect means you can’t edit the footage first. Once you’ve said something, it’s broadcast.

When Google+ first launched last year, arguably one of its biggest differentiating features was the free video chat service. At first glance, it looked like something that’s been done before, but unlike most video chat options that require friends and colleagues to invite each other to a third-party stand-alone platform (often requiring its own installation), Hangouts is a part of the widely-used Googleverse.

It’s fully integrated with other features that are inherently useful to businesses, such as Google Docs, and has a dandy face-switching tool that cycles the camera to focus on whoever is speaking.

Google is also making Hangouts more useful for the all those people who don’t have a computer with a camera, or a high-speed Internet connection, since it’ll let you call into a hangout by using a phone.

In the coming weeks, the ‘On Air’ option for Google+ Hangouts will be gradually rolled out to users in 40 countries. So if you have something to say – as a concerned citizen, an aspiring artist, a bored housewife or a raving revolutionary – you will soon be able to go live in front of a global audience, if not already.

Takeaway: ‘Hangouts on Air’ equips digital marketers with a new way to engage audiences and could signal a huge change in the media landscape.

Wikus Engelbrecht is a member of the GraphicMail email marketing team. Wikus can be reached at [email protected] . 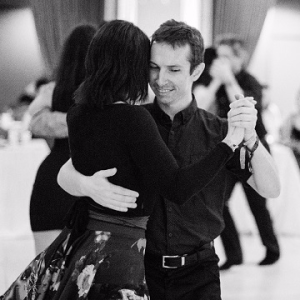 Wikus Engelbrecht is a marketing copywriter and journalist at GraphicMail, an international email and mobile marketing service provider. He has been active in professional language and media work since 2003, primarily in the digital environment. Contact him at [email protected] and follow @GraphicMail on Twitter.