I try to encourage the best list practices for the sake of maintaining a good reputation. Our company never rents/purchases email lists, we subscribe to feedback loops, handle opt-outs immediately … But one thing that is a bit of a gray area is the process of appending or e-append. I’ve heard experts speak pro and con about it, so we allow it within a controlled environment. The following is an example of a recent append that we participated in.

From a list of around 300M we found about 90M email addresses. The addresses were returned after an initial “invitation” to opt-out by the list compiler. BTW, have the compiler do this first communication or you’ll kill your reputation faster than a politician’s mistress. Anyway, the compiler should give you the appended email addresses along with codes like: soft-bounce, opened, no response, individual match and household match.

Here’s where the caution really begins.

We add a relatively tiny mix of the appends into our normal newsletter list and monitor the reporting. When you start small, even a terrible complaint rate will not tip the scales with the ISPs but you do have to be able to report on the list codes, so don’t lose track of them. In our project, we added 3M appends to our regular 110M newsletter send, gauged the results and added an additional 6M the second week and so on … And here are the numbers that tell the rest of the story.

– The appends that were “unknown” had the worst complaint rate at about 40 times the base. “Unknown Household” match complaining at a rate of a whopping 1.8% of sends. That’s reputation suicide if it had mailed by itself!

– The appends that had “opened” the original invitation to opt-out had a great open rate for their first newsletter, about 2x more than the base (makes sense) but the complaint rate was also high: 14x the base for the individual matches and 28x for the household match.

– Overall, the “household” matches performed much worse than the “individual” matches. That makes sense, since I don’t want my brother’s junk in my inbox.

– We went ahead and tested the emails where the invitation “soft-bounced” although it’s a lot of trouble for not much payoff: a 10-15% bounce/send rate and half the open rate as the base. Also a complaint rate as high as the unknowns, about 1.6%

– As a whole, the unsub. rate for the appends was 8x the base for the first week and still 6x the base the following week.

– The bounce rate is also important to monitor and was 8x the base for the fresh appends.

– Finally, the “opened” appends had a positive click rate (not counting click to unsub.) that was 25% better than the base names, so there are obviously some good names to be had in that category.

With all the effort and costs involved, is the ROI worth it? Each business will have to answer that for themselves. The overall value of a reconnected customer is great but the risk of a bad reputation is greater since it affects the whole list. Also remember that a good number of your best customers will resubscribe on their own after their address has changed.

The takeaway: BE CAREFUL! Deal with a reputable append company. Have a strategy for deployment and watch the responses like a hawk. Remember that the complaints accumulate as the new names begin to realize that you are sending with some frequency, so don’t just use your first week as a throttle for the rest of your sends.

Feel free to comment on this or email me with questions. 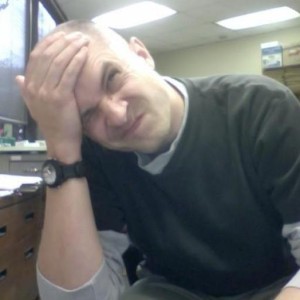 Dave is the Communications Director at InterDirect USA (http://www.interdirectusa.com) and has been working in the trenches of Direct Marketing since 1994. He is a firm believer that a properly targeted message combined with relevant copy will always be the most effective advertising. Along with strategic marketing direction, InterDirect USA has been providing database management and direct marketing support for clients like Advance Auto Parts, Merck, NTB, Winn Dixie, Mertas Schools and Central Market since 1988.