The email marketing urban legends below have been around for sometime now. I would have thought that most of them would fade as marketers become more educated and yet, they just keep going and going.

Before I begin it should be said that spam filtering has evolved quite a bit over the years.  And while most ISPs block messages based on IP reputation or a combination of IP reputation and keywords, very few in the 21st Century block solely on keywords.

Something else to keep in mind is that the “Report as Spam” buttons didn’t start showing up in Web-based email services until AOL released their version 5 around October of 2003.

Now, on to some legends…

Subject Line Legend #1: “(To avoid spam filters) Don’t use words in ALL CAPS in the subject line”

I shouldn’t have to remind readers that using all caps is considered shouting in the online world.  Spam filters don’t care if you shout at people but the people that you’re shouting at probably do.

So, the truth behind Legend #1 is that while it’s highly unlikely that messages will be filtered at the ISP level due to all caps in a subject line, it is highly likely that enough recipients will be pissed off and complain via the spam button that those complaints will damage the sender’s IP reputation.

Subject Line Legend #2: “(To avoid spam filters) Don’t Capitalize The First Initial Of Each Word in the subject line”

I don’t even know where this one came from, or any studies, tests, or proof behind the assertion.  I can only assume that it’s a variation on the “don’t use all caps” legend.

Look at your own Inbox.  What percentage of messages have the first letter of each word capitalized?  The proof that this is BS is sitting in your very own Inbox….  Many writers and publishers follow The Chicago Manual of Style, and I’ve never met an ISP that will punish senders for doing so in their subject lines.

In the early days of the GUI Web Hyper Text Markup Language wasn’t as intuitive as it is today.  We now have a generation that has grown up with the modern Web and knows that clicking a linked word will take them somewhere else.  It wasn’t until 2001 that the W3C published their link tips for Webmasters, and by then “click here” was quite common.

I’ve never seen any statistical evidence that proved that ISPs ever blocked messages for nothing more than having “click here” in the message body.   Have you?  The best reason not to use those words in an email message was summed up by Stefan Pollard in ”8 Tips for a Stronger Call to Action” when he said:

As a command, “click here” is beautiful in its simplicity, but it falls far short as a call to action – the trigger to launch the customer on the complicated path to conversion – because it doesn’t tell your email readers what you really want them to do.

Another word that’s often discouraged is “credit”.  I used to watch my deliverability statistics at FreeCreditReport.com and wonder who was making this stuff up….

Now before you get your panties in a bunch, or get all, “well, John, Spam Assassin says…”, I’m not saying that there aren’t words that have been abused – or domains or brand names – I’m just saying that there are no hard and fast rules.  There is no secret Master List of block-words, and Spam Assassin has dinged me points for using the a current year in a current year.  Like with most things email, it depends….

Miscellaneous Legend #1: “(To avoid spam filters) Have a real name as the ‘From’ address as opposed to a brand name”

As Ken Magill has said,

According to conventional wisdom—not to mention a study or two—most email recipients decide whether or not to open their messages based on who is in the “from” line.

Now, think about this;  Did your subscriber sign up to receive email from you or from your company?  Do you think that maybe the subscriber is more familiar with your brand name than your CEO’s name?  And if the two are associated, like Bill Gates and Microsoft, who are you branding, your company or your CEO?

Actually sending from an unknown name could very well have your messages marked as spam without the recipient looking any further than the sender name and subject line.  Do you know who the hell Mary Jane Stevenson is and would you care if she was back in California?  Did you even know she left?

Takeaway: As with all urban legends, there is often a grain of truth, but it’s up to you to consider the source and do your homework.

What are some of your favorite email marketing legends? 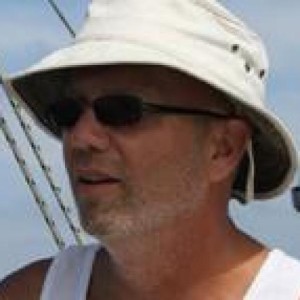 Active in the email marketing and operations space since 1996, John Caldwell is an innovative marketing executive experienced in integrated and tactical email marketing and operations. As an independent consultant John has brought his utilization of email marketing best practices, including customer segmentation and profiling, and operational analysis, to a number of major clients including Teleflora, eHarmony, Experian Consumer Direct (FreeCreditReport.com), and more. While at Experian, prior to becoming a consultant, John created and implemented the company’s strategic email marketing plans. He designed the company’s email marketing guidelines and developed comprehensive reporting matrices to measure the operational statistics of email programs and campaigns providing actionable intelligence to Business. John has spoken at Industry events on deliverability and other topics, and is a Member of the Email Experience Council of the Direct marketing Association, where he is actively involved on the Measurement Accuracy Roundtable as 2009 & 2010 Co-Chair.