There’s one thing I can promise you about social media, email marketing and the internet in general and that is that you will screw up at some point. It might be a small misstep or it could be a rake slamming right into your face, but you will have to deal with an “oops” or worse at some point.

In the past, traditional channels and the push marketing model meant that at worse, if marketers made an error, they would perhaps have to deal with only a few critical voices and could (in most cases) hunker down till the storm clouds passed. Social media and the switch to pull marketing has changed all this and while no one likes to have people looking over their shoulder, the fact is that today, it’s a reality and we simply have to be far more accessible and accountable.

So, what do you do when you make a mistake? Well, it’s certainly not rocket science. In most cases, you can lift yourself out of these pitfalls with common sense, transparency and sincerity – not too mention some humility.

Life is 90 percent made up of how you react to any given situation. The only real control you have is how you react. You can’t control the reactions of others, but you can step up, acknowledge your actions have caused a negative response and apologize for that. Reacting in a negative or defensive way will guarantee more negative backlash.

Respect the vent zone and don’t take it personally

This isn’t about being right and it sure isn’t about you having four more years of college in marketing than any of the people you’ve upset. Don’t take it personally because it’s not a personal issue and it won’t be a seriously negative reflection on your character unless you make it one by reacting in a negative way.

Don’t delete or censor reasonable negative comments on Facebook or your blog. Let  people have heir say and view these comments as an invitation for you to demonstrate your sincerity in your responses. Censorship assures people will get even more upset with you and increase the volume.

Tell them how you will fix it

Have a plan on how you will address the error and post it to your blog then point people on other channels such as Twitter back to the post.

Thank those who took the time to point out the error or misstep and be sincere about it. If the problem was in a brick and mortar, wouldn’t you want to know something needed to be fixed, rather than people just quietly leaving your business to shop elsewhere?

The information super highway is littered with brand road kill because some marketers decided to react badly and let pride go before the fall. It’s no different online than in real life; the most important thing is not so much how you fall, but how you rise. 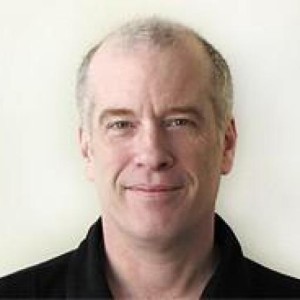