Back in December, we tasked one of our staff members with an unusual job: to practice some serious email triage and observe the results.

I don’t mean the kind of early morning email triage most of us practice, where you delete all the unwanted emails from your BlackBerry before you even get out of bed, saving you from dealing with them later when at your computer. No, I mean getting off those lists altogether by proactively unsubscribing from every single one.

Note that we asked him to tackle his work email account only, making this a B2B experiment. But some of the emails were B2C as well.

Being email marketers, we thought this would be a fairly straightforward request. But it led to some interesting observations which I share with you here, along with some conclusions drawn, that might prove enlightening for all of us in email.

First off, he was surprised at just how much unwanted email he was getting. Because he typically deleted all of those emails in the past—rather than let them stack up in his inbox—he didn’t have a sense of the sheer volume. Not until he forced himself to leave each email in the inbox so he could make the unsubscribe requests did he realize how much of his inbox was taken over by email messages he didn’t want.

These weren’t spam messages. These were the legitimate ones that made it past the spam filter, the kind that start showing up after you request a whitepaper or attend a webinar. And plenty of them came from companies with unfamiliar names, raising questions about how his email was added to their lists.

In addition, as an email marketer, our staff member had subscribed to several email marketing and marketing publications, and over time those had seemingly bred like rabbits too, resulting in definite information and inbox overload.

Conclusion: This is your typical inbox we’re discussing, and the volume he experienced is reflective of what your own audience might be dealing with on a daily basis too. They are also quickly deleting and practicing email triage. It’s more important than ever that your email messages be anticipated and welcomed!

Secondly, the lack of standardized unsubscribe best practices was surprising. Some companies had it exactly right: The unsubscribe link was easy to find, and that led straight to a “you’re unsubscribed” page, and voila: Done!

However, plenty either had hard-to-find unsubscribe links, or the made the process clunky, or—in one case—repeatedly ignore unsubscribe requests.

One of our favorite bad examples comes from the nonprofit newsletter that requires a pre-established password be used to unsubscribe. This is an industry publication relevant to a client of the past, and no longer relevant to our staff member today, but he still gets the newsletter because he has no idea of the login information anymore and trying to reach the corporate office didn’t work.

That’s an extreme example, but we should aim for an easy unsubscribe process so we leave people with good feelings about our brand. Even asking someone to re-enter their email address to unsubscribe is asking for an extra step they shouldn’t have to take, not if we’re respecting them as subscribers.

Another extreme example comes from the company that offers no unsubscribe link, and has ignored four emailed requests to remove our staff person’s email address from their list.

Conclusion: Has your unsubscribe process been through a review lately? If not, make sure it gets checked out. Look for an obvious unsubscribe link and a seamless process with as few steps for the subscriber as possible…like one. It might be a good idea to review your list-building techniques too, to make sure you’re adding quality names to your list, names of people who really do want to hear from you.

It has been two months and still the unexpected and unwanted emails appear in his inbox on a regular basis. But our devoted team member is diligently going through the unsubscribe process for each one, even when that request has to be made more than once. And you know what he’s noticed in the mornings? He has fewer emails in his inbox, when he checks his Droid in the morning, and he wants and opens almost every single one.

Something to think about…

Takeaway: Subscribers practice email triage every day. To avoid being taken out with the trash, make sure all your email messages are expected and welcomed by your subscriber lists. Provide an obvious unsubscribe link and a simple and smooth (ideally one-step) unsubscribe process to keep your lists up-to-date. 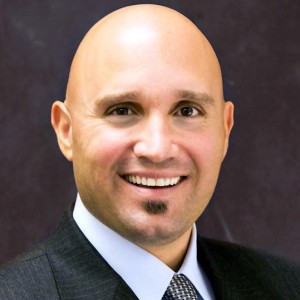 ClickMail Marketing is a value-added reseller of Email Service Providers and email-related services. We offer the nation's largest selection of ESPs and stay vendor neutral so we can recommend the one that will best suit your needs. The ClickMail AdvantageSM offers top tier products with more flexibility and superior support; and ClickMail's eMarketing Services support your team and campaigns to achieve maximum ROI.