By popular demand (and better late than never), Twas Two Weeks Before Christmas
by Warren Corpus (originally published by ADBUMb on December 8, 2004)

Twas two weeks before Christmas, I’d just smashed my mouse
Pissed off at my listing I found on Spamhaus.
My emails were sent with the greatest of care
Not knowing my campaign was considered spyware.

It’s late on a Monday, just as soon be in bed
But visions of pink slips danced through my head.
My campaign was offensive? Could I have missed it?
Alas, it’s too late; my IPs are now listed.

The subject; the keywords.. something was off kilter;
Caught in spam traps or set off spam filters.
I now realize offers, how small or how giant
Should always be legal and CAN-SPAM compliant.

I needed an offer, a good one, and quick
To make up for my error which had since made me sick.
Some email! Some pop-ups! Some search or some ZIPs!
A mini-car racer or something as hip.

A Ronco Rotisserie sure would be nice
To run to my data – not once, twice, but thrice!
My roommate suggests that I run “Name a Star”
But he’s had one too many drinks at the bar.

A free set of clubs is one for the ages
If you don’t mind millions of co-reg pages.
Or maybe I’d go with a political push
And run decks of cards of President Bush.

My hats off to you and a toast of champagne
For those who uncover the killer campaign –
A perennial favorite – one that won’t die
Just get lots of clicks and increased ROI.

The “top of the heap”, the “crème de la crème”
Or one that converts at a buck CPM.
Many have suggested to run “Santa Letters”
While it’s a great offer, I’d like something better.

Brandon from eLink has funny gift wrap
With a farting St. Nick to cover your crap.
Traffic Marketplace’s Amanda like to go nuts
With piping hot coffee from Dunkin’ Donuts.

Greg Longaker’s t-shirts – they seem oh-so-sassy
Or the robot suggested by a mother named Cassie.
A plate or a picture to hang on the walls
Or an ornament or two from the Personalization Mall.

(Oh, something I failed to mention last issue
Which might make some Seminoles run for a tissue:
Did you know the Gators upset the ‘Noles
And kept FSU from a BCS bowl?)

What a strange segue way to end this newsletter
Please take this job if you can do better!
As I wrap up this ADBUMb and turn out the light,
Happy Holidays to all, and to all a good night!

by Warren Corpus (originally published by ADBUMb on December 8, 2004) 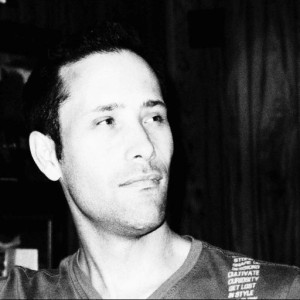 Michael is a Graphic Designer at The eMail Guide. He has over 5 years experience in the design industry. He's done design work for brands: Playtex, Wonderbra, Hanes and more. In his free time, he takes up Salsa dancing, loves the beach, spending time with family and friends and enjoying life.