Use the Correctly Sized Email Marketing Template or Suffer the Consequences! by Denise Keller @benchmarkemail

Use the Correctly Sized Email Marketing Template or Suffer the Consequences!

A recent study by SmileyCat Web Design showed that only a minority of major retailer email templates which are being sent out in 2011 adhere to the recommended width of 600 pixels or less which facilitates their display on a broad variety of tablets and smartphones.

It seems that many of the largest American retailers have not quite caught on with the fact that we are now firmly ensconced in the mobile age of narrower screen sizes and horizontal scrolling is taboo, a fact of life that small business email marketers should meticulously adopt.

83% of retailers violated the horizontal limit

The study reviewed the emails from 155 primary U.S. retail chains and charted the widths of each email to arrive at their comparisons. They found that regardless of conventional wisdom only 17% of these emails were 600 pixels or less, with 44% being 650 or less. That left the majority at over 650 pixels which is a size that can provoke flurries of back and forth scrolling when reading lines on most mobile screens.

Remarkably, even huge retail chains with massive budgets (who should know better) such as Old Navy, Frys, Costco, and Gymboree are at 800 pixels or above, with Harry & David bringing back the 20th century with a widescreen-suited 894 pixels!

Fit a toddler & Shaq with the same sized shoe

Of the 155 retailers studied, only HSN, RedEnvelope, Crabtree & Evelyn, Cabelas, and SkyMall managed to sneak in under the 600 pixel limit. These findings betray a schism in retail email marketing as the screen widths have proliferated in the past few years with your subscribers reading your emails on screens which vary between 3 and 30 inches!

Given that the pixel resolution on the low-end of the smartphone range is 240×320 on a screen that’s less than two inches wide and on the high-end of the desktop computer range is 2560×1600 on a screen that’s nearly 27 inches wide (30 inch diagonal) that’s a stunning amount of real estate variance you’re trying to accommodate. It’s a bit like trying to fit a three year old child and Shaquille O’Neal with the same sized shoe!

One of the bright spots in what seems to be nothing but a resolution migraine is the long rumored iPad 3 which is “supposed” to feature a stunning 2560×1920 screen therefore allowing for the widest of email templates to be accommodated easily. It must be noted, however, that this alleged tablet screen is expected to maintain the standard size of the current iPads or 7.75×5.82 inches.

Therefore if we assume that your email template is being read in portrait orientation rather than landscape, you will be cramming 1920 pixels of horizontal imaging into 5.82 inches, so a 600 pixel wide template will stretch across less than two inches of screen! Fortunately iPads facilitate zooming otherwise you’d have to include a free magnifying lens with each email newsletter you send to iPad 3 owners!

Consider the 600 pixel limit as sacrosanct

So what is a small business email marketer to do? You cannot afford to alienate any of your customers no matter how they access your newsletters, so the best advice is to consider the 600 pixel horizontal limit as sacrosanct. It would seem that there should be a way for your emails to automatically and appropriately resize their width, images, and layouts to suit each of the over 2,000 different display device screens but unfortunately that is a capability which does not yet properly exist.

You can consider the violation of the 600 pixel limit by a staggering 83% of all retailers as either a failing of their web marketing departments or a case of “what do they know that I don’t know?” It seems that the evidence is not piling up in support of the latter: Open one of the wider email templates on an iPhone 3G or most Androids and you’ll see just how frustrating it is to see about half of a newsletter and have to scroll along horizontally to see the rest! 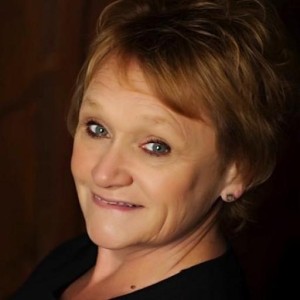